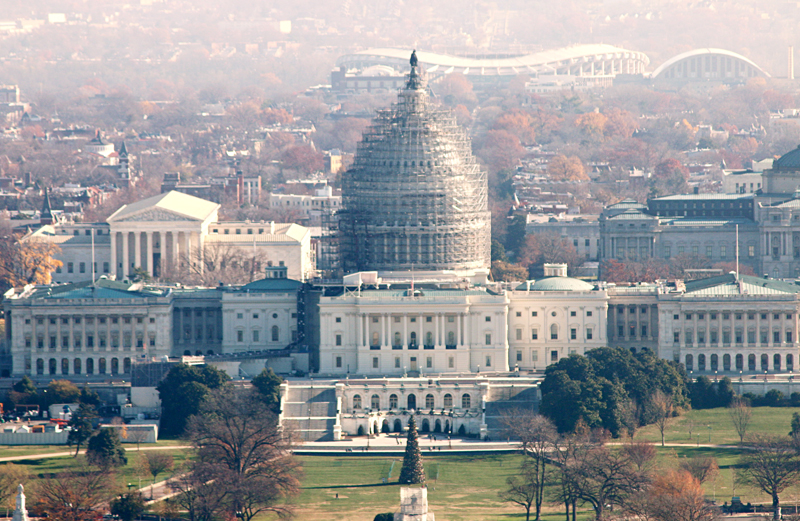 Should Members of Mob in Capitol Building Riot Be Permanently Banned From Airlines?

The international president of the Association of Flight Attendants-CWA, AFL-CIO — which is a union that representing almost 50,000 flight attendants at 17 airlines — is calling on permanently banning those individuals who were involved in the mob which swarmed the Capitol building in the District of Columbia yesterday, Wednesday, January 6, 2021 from ever being able to fly as passengers aboard airplanes in the future.

Should Members of Mob in Capitol Building Riot Be Permanently Banned From Airlines?

According to this official statement called AFA Statement on Protecting Aviation Security Following Insurrection at Capitol from Sara Nelson, which was released yesterday after the incident occurred:

“Air travel is safe because everyone follows a strict set of rules, based on the spirit that ‘we’re all in this together.’ The mob mentality behavior that took place on several flights to the D.C. area yesterday was unacceptable and threatened the safety and security of every single person onboard. It will not happen again. There’s a reason that there are strict penalties and fines for failing to comply with crewmember instructions. Enforcement keeps everyone safe.

“Our first priority in aviation safety and security is to keep any problems on the ground. Some of the people who traveled in our planes yesterday participated in the insurrection at the Capitol today. Their violent and seditious actions at the Capitol today create further concern about their departure from the DC area. Acts against our democracy, our government, and the freedom we claim as Americans must disqualify these individuals from the freedom of flight.

“We in aviation have a serious role to play in national security. Airlines, in coordination with TSA, DHS, FAA, DOT and law enforcement must take all steps to ensure the safety and security of passengers and crew by keeping all problems on the ground.”

“We have confirmed crew layovers have moved from downtown layovers. Check with your airline or AFA Local for updated safety and security information”, according to the aforementioned official statement. “We are taking a hard line for flight safety and we are encouraging airlines, government agencies, and law enforcement to help keep problems off our flights. It is important we maintain order and calm in our cabins — for safety and security immediately and for confidence in air safety among the traveling public.”

What Happened at the Capitol Building

As many as four people died — one woman was fatally shot by United States Capitol police and three other people died in what have been called medical emergencies — and damage to federal property occurred when a mob of hundreds of rioters forced the Senate and other lawmakers and individuals to evacuate the Capitol building yesterday to undisclosed locations. People who were mainly supporters of Donald Trump breached barricades to abruptly pause a ceremonial event which affirmed that President-elect Joe Biden won the November election, as they believe that Biden “stole” the office from the current president.

This message appeared at the official Twitter account of Kevin McCarthy — who represents the 23rd district in California as a Republican member of the House of Representatives:

“The violent mob responsible for this attack on the U.S. Capitol deserves the full consequences of their actions under the law.”

The violent mob responsible for this attack on the U.S. Capitol deserves the full consequences of their actions under the law. https://t.co/D9dSsGcIeJ

Additionally, individuals who instigated the violence of the incident are being sought by the Federal Bureau of Investigation.

At least 68 people had already been arrested by the Metropolitan Police Department of the District of Columbia; while a minimum of 56 police officers were injured during the melee.

Muriel Bowser — who is the current mayor of the District of Columbia — ordered a 12-hour curfew in the city which began at 6:00 that evening.

Elaine Chao already submitted her resignation earlier today as the current secretary of the Department of Transportation of the United States to be effective as of January 11, 2021; and an increasing number of other administration officials have officially announced their resignations — as well as the chief of the Capitol Police for failing to adequately protect the Capitol building from the mob.

Joseph Biden was named as the winner of the 2020 presidential election this morning, Thursday, January 7, 2021, as confirmation of the results of the Electoral College by members of Congress. At the time this article was written, Donald Trump has yet to officially concede to Biden, claiming that he actually won the election back in November of 2020.

I can understand why Sara Nelson feels staunchly about her position in this matter, as incidents occurred aboard airplanes during flights prior to what happened at the Capitol building — but I prefer prosecuting the instigators to the fullest extent of the law instead of airlines simply banning them from being passengers aboard airplanes on future flights. This includes Donald Trump himself if he is officially found guilty.

What I do not understand is where was the outrage by Sara Nelson when a minority of rioters instigated violence during the Black Lives Matter movement last year — especially when incidents allegedly did occur as well aboard airplanes during flights — but I have yet to find any mention of the outrage at the official Internet web site of the Association of Flight Attendants-CWA, AFL-CIO. I did find statements in support of the movement here and here.

I still maintain my position that the current 2019 Novel Coronavirus pandemic — and the unreasonable demands which have been placed upon people, which includes but is not limited to long periods of quarantine and isolation — is at least partially responsible for the unrest in general in the United States and parts of the rest of the world.

By all means, people should be allowed to peacefully protest about any issue in which they deem passionate — in fact, they have a right to do so in the United States as protected by its Constitution — but violence and destruction of property is inexcusable and unnecessary…

…no matter what is the issue.