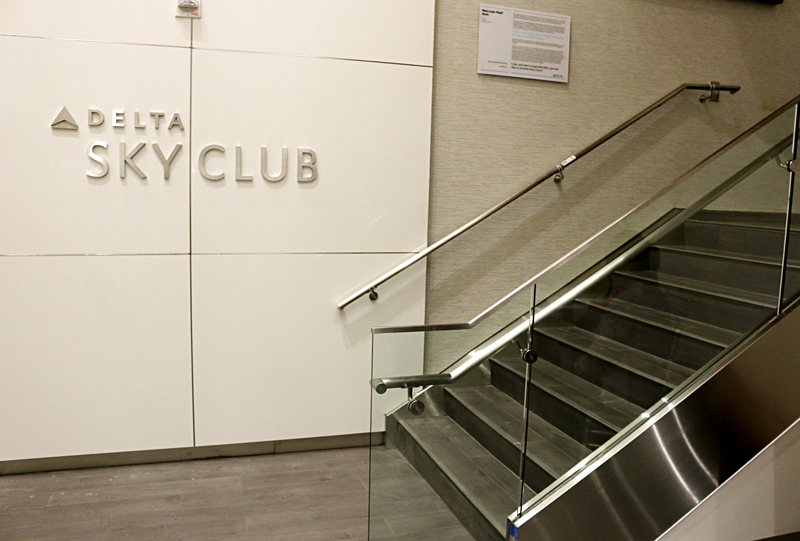 Due to a significant change in the access policy which will be in effect in 2019, a reader of The Gate is so outraged at Delta Air Lines and its network of Sky Club lounges that he sent to me an e-mail message to please call it to your attention.

Effective January 1, 2019, Delta Sky Club members may only use the Club in conjunction with same-day ticketed air travel on Delta or its partner airlines and will no longer have access to partner lounges.

For members of the Centurion Card and Platinum Card from American Express, the wording is a bit different, seemingly indicating that the new policy is only for guests of the members and not for the members themselves:

Effective January 1, 2019, guests of Platinum and Centurion American Express Card Members must be traveling on a Delta coded or Delta operated flight to access the Club.

“Even with a membership, you still can’t get in unless flying Delta!” the reader exclaimed. “Insane!”

In this article which I wrote back in November of 2016, the following membership options — payment plans of 12 monthly installments requires a one-year contract and initiation fee — included unlimited access to 251 Delta Sky Clubs and partner lounges amidst a price increase which became effective in 2017:

This is actually old news, as some weblogs first brought the policy change to the attention of their readers back in November of 2017 — but no source was yet available to quote it; so I held off on reporting on it.

I can understand why the reader — whose name I am keeping anonymous — would be outraged, which is the word he used: rates had increased two years prior to the forthcoming change in access policy; and access will be more restrictive. No longer can members use a Sky Club lounge if they are at the airport and preparing to fly as passengers on different airlines which are not partners of Delta Air Lines.

I offered my reasons in this article which I wrote on Monday, October 19, 2015 as to why I personally would not pay $59.00 for a one-time visit to a Delta Sky Club — but that is just my opinion…